A Northern Powerhouse delegation led by Dan Jarvis, Mayor of the Sheffield City Region, successfully forged new partnerships during the 4th UK – China Regional Leaders Summit.
More than 350 UK and Chinese regional government leaders and businesses attended the Summit, with Mayor Jarvis spearheading the Sheffield City Region and Northern Powerhouse delegation.  Taking place in Dalian, and including 31 cities and regions from across China, the global value of all places attending was greater than that of the United States of America.

The Mayor met with key representatives from Chinese cities and regions, as well as with the British Ambassador to China, Dame Barbara Woodward.

Dan Jarvis, Mayor of the Sheffield City Region, said: “As a city region we already have strong ties with China, through business and civic partnerships, while our two world-leading universities are attracting ever-increasing numbers of Chinese students. These relationships are very important to us.

“And with Brexit approaching, it is crucial that we are ready to build on these existing ties and take advantage of the huge opportunities available in high-growth economies such as China. China is the largest emerging-market country and currently the second biggest economy in the world. Projections suggest it will overtake the US as the largest economy in the world by 2030. We therefore need to engage constructively as partners.

“China faces many of the same challenges we do here in the Sheffield City Region, but with our experience of transitioning from heavy industry to cleaner, greener and more research led specialised manufacturing and engineering we can support China to do the same whilst opening up new markets and trading opportunities for our exporters.

“Our delegation showcased the best of the Sheffield City Region, including our cutting-edge university and business collaborations, our spirit of partnership, and our new Global Innovation Corridor linking people, places and ideas. I’m pleased that this Summit was so successful and now look forward to building upon the opportunities secured during our time in China.”

Prof Metcalfe said: “The Summit has been an excellent opportunity to reinforce Sheffield Hallam University’s position as a leader in creating innovative and real-world solutions for tackling today’s health and wellbeing challenges. The University specialises in healthcare research and its practitioners, scientists, engineers and designers regularly collaborate to create innovative solutions to global health issues.

“Situated at the heart of the Sheffield Olympic Legacy Park, the Health Innovation Park, led by Sheffield Hallam, will co-locate research and innovation alongside education, health, leisure and business. It will be a model of urban development that will drive economic growth, health improvements and community wellbeing and places us at the forefront of the fourth industrial revolution and by strengthening our links with China, we can help to create an economy that benefits all our communities.”

Mr Owen said: “The National College for High Speed Rail was delighted to have been a part of the Sheffield City Region’s delegation to Dalian. China is a country of huge potential for the country as an export market and, for the College, has an extensive high speed train network. We were able to meet face to face with colleagues from colleges and universities with whom we have a natural affinity and look forward to furthering a number of the relationships we have formed while in Dalian.”

Mr Stubbs said: “It’s more important than ever that regions such as ours form strong international partnerships to support trade, increase collaboration and bring new visitors to the Sheffield City Region.

“Our presence at the UK China Regional Leaders Summit in Dalian has created a wealth of new opportunities to explore as well as immediate, tangible wins for the region. I’m very excited about how our relationship with China will grow as a result of this investment.”

The Regional Leaders Summit is hosted alternately by cities in the United Kingdom and China. The first event took place in Sheffield in March 2016 and, since then, Shanghai and Belfast have played host.

Christina Scott, Minister and Deputy Head of Mission at the British Embassy in Beijing, said: “In this Golden Era of UK-China relations the Regional Leaders Summits have produced an impressive legacy of partnerships between the UK and China, ongoing policy exchanges, people-to-people links, friendship and very tangible economic benefits.

“Our ambition is not just to strengthen connections between our regional governments but also between the vast array of actors – universities, schools, hospitals, companies, public service providers, cultural bodies, museums and sports clubs – which make our local communities vibrant, exciting and dynamic places to live and work in.

Matthew Gladstone, executive director for Place at Barnsley Council, said: “The regional summit was a great opportunity for the Sheffield City Region to seek out collaboration opportunities with China.

“China is a global player and leading in areas like digital, low carbon and advanced manufacturing. These are areas where significant activity is already taking place within Barnsley and across the wider city region, with potential to generate strong economic relationships in the future.”

Lee Tillman, assistant director for strategy and performance at Doncaster Council, said: “Doncaster increasingly has a great deal to offer in trade and investment opportunities and this summit allows us to showcase our assets at a global level and build on our existing relationship with China.

“I’m proud to be part of the regional delegation, of which Doncaster is a significant member, being home to some of our major regional pulls such as the National College for High Speed Rail and Doncaster Sheffield airport that are of genuine international significance.”

Following President Xi’s state visit to the UK in 2015 and the UK Prime Minister’s official visit to China early this year, the two countries are committed to broaden regional and local collaboration.

Over the last three years the number of active partnerships between UK regional and local governments and Chinese counterparts has doubled.

Sheffield is Out of This World 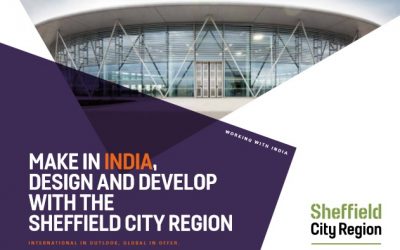 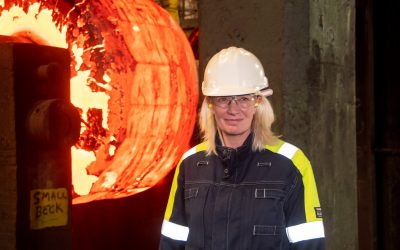 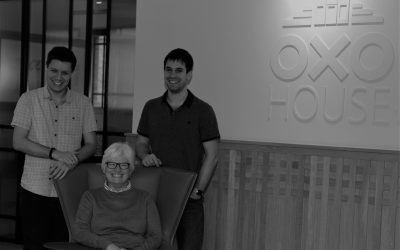 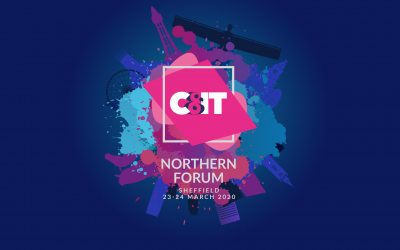