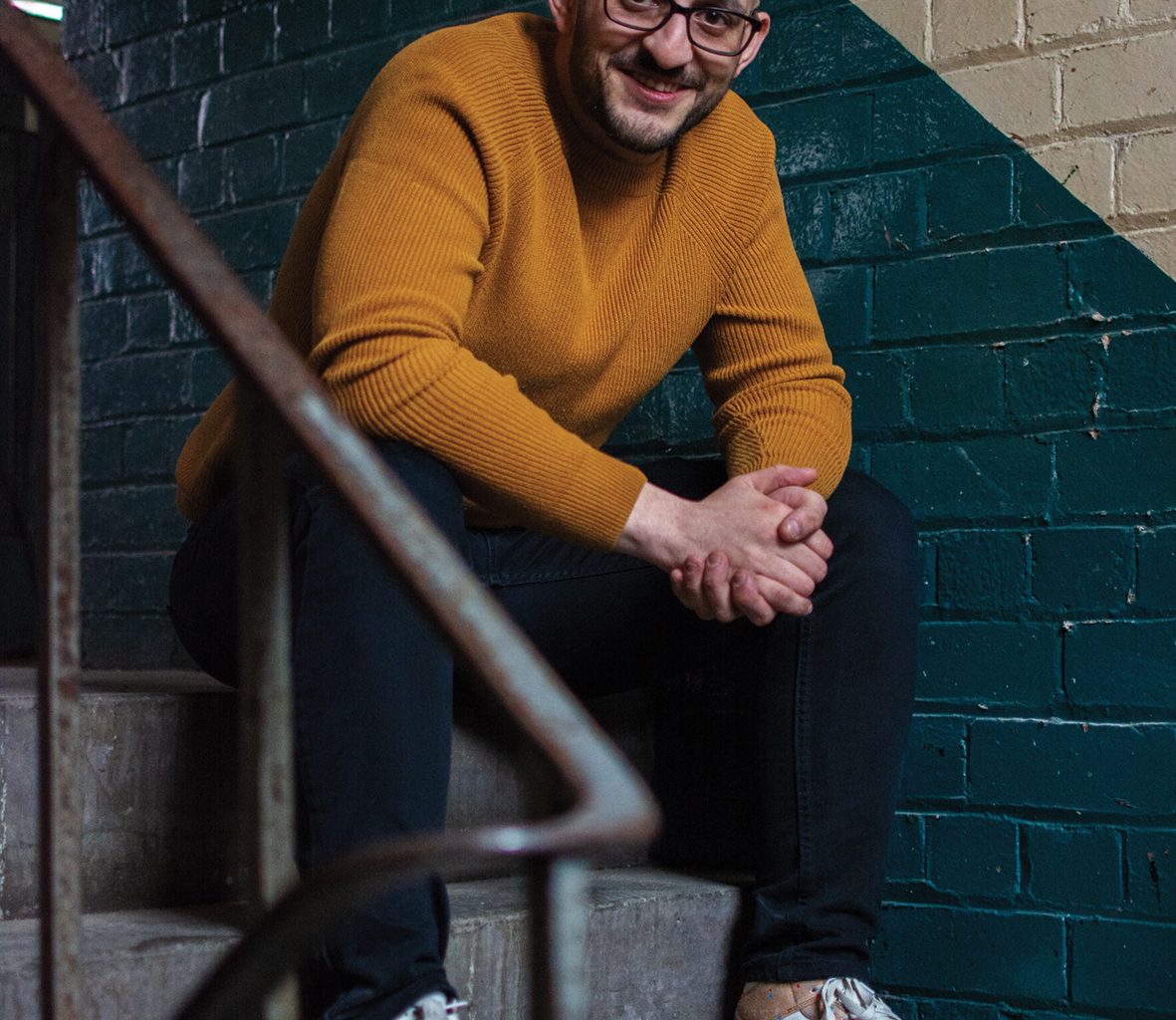 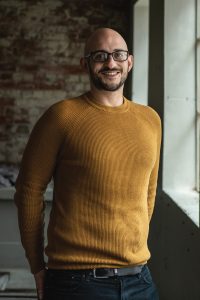 unLTD’s Brogan Maguire talked to REYT’s Danny Tomalin, about making an extreme sports technology company, his love of skating  and why it had to be done in Sheffield.

When Danny Tomalin was a teenager, spending his days at the skatepark with his friends, he never thought he’d be able to run a business that gave him the same sense of community he felt back then.

But fast forward 20 years and that’s exactly the position he’s found himself in.

After years of working as a product developer and designer, Danny realised there was no reason he couldn’t work with likeminded people to fuse both his love of extreme sports and the professional skills he’d accumulated over the years.

That’s how he came up with REYT.

REYT creates software, web apps and mobile apps for the sporting sector and is made up of a team of product architects, designers, engineers and quality experts.

Their goal is to change the way we use sports software, from the way athletes view their performance, to the way training plans are curated and how fans can get even closer to all the action within their favourite sports.

And the best part is, they don’t just work in the extreme sports sector, they live and breathe it.

Whether it’s pulling on the skates, spending weekends in the mountains or getting the bikes out and heading to the trails, this is a team who don’t like to sit still.

Danny said: “The main thing I’ve always loved about it is that it brings people together and they clap and cheer for one another whenever they nail a trick or achieve something.

“That sense of camaraderie is hard to find anywhere other than in extreme sports. But I realised that didn’t mean it couldn’t be brought into the workplace, too.”

It’s that thought that inspired him to branch out from technology agency Razor – run by Steve Trotter, Jamie Hinton and Katy Hinton – last summer, where he worked as head of design.

He decided to tap into a market that’s a little more niche, and a little closer to his heart.

After pitching his idea, REYT was brought to life through business incubator Bulldozer, run by the board at Razor, in August 2021.

“The best thing about it is that we have so much support from so many great people at Razor and Bulldozer, and they already have so much we can draw from,” Danny said. “There’s a saying that you’re only ‘a sum of the people you spend your time with’, and that’s definitely true with us.  It’s such an asset to have all that experience in one place and I’m really grateful for that.”

With a name like REYT it’s not hard to guess that the company was established right here in Sheffield.

But REYT isn’t just a brand name, it’s a philosophy.

“The REYT way is different. We think of the development process like a mountain – we won’t rush you to the top of it, we won’t take any unnecessary shortcuts that pose risks, and we won’t hold you back as you try to reach the summit. Instead, we’ll take every step of the mountain with you, guiding you through the challenges and conquering the peak by your side.

“We think of the things that you might not have considered so that you can focus on what really matters. Think of us as the ones offering you plasters when you need them and the ones who have packed an extra bottle of water because you didn’t realise quite how thirsty you’d get.

“That’s the REYT way – it gets the job done, in the way the job deserves.”

With the Peak District on the doorstep and a community full of people who love climbing, biking and being outdoors more than anything, Danny can’t see how such a concept could work anywhere other than the Steel City.

“We’re in Sheffield because there’s something in the water here. It’s the city where start-ups thrive, gold medals are won and change is made,” Danny said.

“It’s also the place where people with common interests and shared values come together.

“At REYT, we’re a group of people right into skating, climbing and anything else that involves being outside. What more would you expect from people born and raised in God’s own county?”

Those very same people have achieved an impressive amount in the last seven months, with REYT already going from strength to strength.

The team have overcome every challenge they have faced – and with a start-up technology agency there are many – but Danny says the key to that is teamwork.

He added: “It’s all been very fast-moving, but we are in a very fortunate position that we have so much expertise and experience between us.

“Each of us has knowledge in a different field, so being able to combine all our skills has been absolutely invaluable.

“We’ve got people who already have the battle scars and can help the rest of us when we come up against the same challenges, which definitely makes things easier.”

Things are set to get even more exciting for REYT this year, as the company is sponsoring the Skateboard GB x Habito National Championships 2022 later this month.

The annual event – which will be available to watch on BBC Red Button and iPlayer – will be held in London across two weekends, featuring both a ‘park’ and ‘street’ discipline.

It sees some of the biggest names in skateboarding competing, with a combined prize fund of £26,000 up for grabs.

Sponsoring the national competition felt like a no-brainer for Danny and his team.

He said: “We love skating and we love extreme sport so it just seemed like an obvious fit.

“For us this isn’t just a business – it’s a culture. We want to invest in it as much as we can.

“Times are really changing – skateboarding is in the Olympics now – and we think it’s time for people to take notice.”

That’s not the only exciting thing happening in REYT’s immediate future, either.

A high-profile athlete is now joining the board as a non-executive director, to help with brand position, marketing and getting into the heart of the extreme sports and outdoor market.

With so many positive things happening within the business, there’s no wonder Danny is feeling so confident about the future.

He added: “I really think we have so much to shout about right now and I’m so excited for people to get involved and do things the REYT way.

“Our technology has the power to make so many changes – whether it’s getting kids engaged and out into the open more or helping athletes to improve their performance.

“Right now, we’re understanding what the community needs, working with industry experts to identify the challenges people face and understanding how we can overcome them.

“The north has been overlooked for so long and it’s time people saw it for the technology capital that it is.”

To get in touch to see how REYT can help you, visit www.reyt.co.uk/contact or email us@reyt.co.uk

Your Pitch: Up North Cabinet Makers

Social engineering – should you be worried about it?