The report, by Professor Jacqueline Stevenson, head of research at Sheffield Hallam University’s Institute of Education, found many British Muslims experienced a disproportional level of racism and discrimination throughout higher education.

The findings suggest that whilst many Muslims students have positive experiences of higher education, others face unequal levels of disadvantage, prejudice, or discrimination. This can lead to feelings of isolation and marginalisation and impact on Muslim students’ experiences, sense of belonging, academic outcomes and their subsequent upward social mobility.

Professor Stevenson said: “Negative experiences including Islamophobia can have a profound effect on Muslim students’ confidence, motivation or self-esteem. More worryingly it can also lead to some students seeking to hide their Muslim identity, or disengaging from the campus. Higher education institutions can and should do more to support their Muslim students,” she added.

Sheffield Hallam University’s research focuses on real world impact – addressing the cultural, economic and social challenges facing society today. Previously, research led by Prof Stevenson and the Social Mobility Commission, an independent advisory body, uncovered significant barriers to improved social mobility for young Muslims from school through university and into the workplace. They found some young Muslims experience a real challenge in maintaining their identity while seeking to succeed in Britain.

Her latest report, published in partnership with The Bridge Institute, shows Muslim students’ experience of higher education is not always positive and some may feel the odds are stacked against them. It suggests a rethink in the approach universities take to religion, and how it should not be treated as a threat or minority interest but instead as an essential part of teaching and open debate on campus.

The data from her new report was collated from in-depth interviews with over 100 Muslim students seeking access to HE, undergraduates, and postgraduate students studying at six different universities.

Some Muslim students also felt highly visible as a result of the threat from Islamic fundamentalism on campus arising from HE institutions’ statutory duty to engage with the government’s Prevent agenda.

Many Muslim students experience intended or unintended racism or Islamophobia. This was caused in part by institutional and/or individual understanding about Islam or the needs of religious students. This varied from causal micro-aggression to overt discrimination, intolerance or even hatred, and is frequently unchecked and unchallenged on campus.

The study also found invisibility of religion, alongside the visibility of being Muslim and/or experience of Islamophobia could threaten Muslim students’ sense of belonging on campus and affect their overall experience of being a student in UK higher education.

The findings also reveal, where debates around religion do exist on campus across the UK, much of the discourse has drawn on a “moral panic” relating to the growth of fundamentalism and global terrorism. In response, ever increasing guidance has been provided to universities on how to tackle violent extremism on campus.

Some students noted a sense that many university staff felt uncomfortable raising or addressing issues around religion and challenging issues of ignorance, intolerance or islamophobia, creating a missed opportunity for institutions to halt these issues.

The research also highlights the need for better data collection and monitoring of British HE statistics, for equality levels to be better improved and observed.

Both reports commissioned by the Bridge Institute were released today at The All-Party Parliamentary Group (APPG) on British Muslims. The findings add to the debate on equality for religious minority students, access to education and the role that universities play in ensuring opportunity for all.

The full report can be found here: http://bridgeinstitute.co.uk/wp-content/uploads/2018/10/Bridge-Higher-Education-report-2-FINAL.pdf

Nigel moves up a gear to join award-winning engineering group 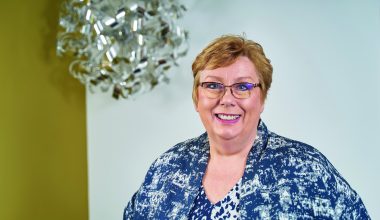