As Steel City celebrates its 40th anniversary, MD James Biggin tells Jill Theobald about taking over – and turning around – the family business during a recession, the importance of peer-to-peer learning, and creating a company culture worth celebrating any time

“My father and his business partner first started Steel City Marketing in 1980, selling Sheffield-made gifts, quickly adding other product ranges in as demands changed, but I feel we hold the same Sheffield values that the company started with, 40 years on.”

Indeed, as I quickly learn during my chat with MD James Biggin, since taking over the reins James has used the ‘previous experiences which impact your current and future self’ and benefited from peer-to-peer learning to fortify those values and create a company culture at Steel City worth shouting about.

In 2000 James’s father’s co-director retired early with illness and father invited son to learn the business to eventually take up the reins. He retired just as recession started in 2007, with James becoming a director in 2004.
“It was certainly a bit of a challenge taking it over in terms of that period of time and now reflecting on this year as well with COVID,” he explains. 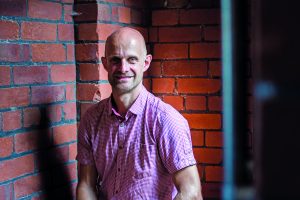 “Graduating from the Goldman Sachs 10K small business programme in 2018, along with a cohort of incredible people, helped me to gain perspective and really invest my time into honing the company ethos. One of the Goldman Sachs partners called it the year of boiling frogs. The last recession being one where you didn’t really see it coming or the impact before it was too late – a really interesting metaphor. Whereas this time with COVID we were all dropped into a pan of boiling water as ‘frogs’, so you jump straight back out and start making decisions.

“When I look back at the recession none of us necessarily knew what to do back then and there was a lot of learning that came from it.”

And that learning got turned into action for James in terms of re-thinking and restructuring the business.

“We ended up doing a massive turnaround for a company our size, cutting costs by a third, making some redundancies and becoming profitable inside one year. That time felt like starting a brand new business but with an existing customer and supply base so it was really exciting and we moved along from there for about three years which culminated in us having enough reserves for the office move to our HQ on New Street in the city centre five years ago.”

Before then, the company had been at its previous home in Shalesmoor for 30 years – “we were next to Record Tools and the big hammer used to go regularly and shake the building every day!

“It was open plan New York Loft style in the new offices which allowed for more collaborative working and the team immediately said: ‘we feel like a proper company now!’ So we are in our home, settled, comfortable and this place essentially sums up who we are now. Those people who stayed loyal after some pretty dark times are still here apart from one lady who very sadly passed away before the move. She’d been with us a long time and would probably still be here now in her 70s. The guys who stuck with us have been part of that growth and how we got to 2018-19 with very strong successes and loyal clients.”

But getting to that point involved tough times and decisions. 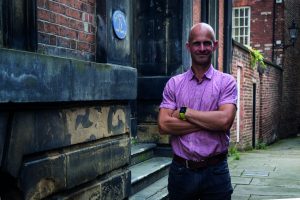 “I’d always gone along to the company on a Saturday with my dad as a child, hanging around in the showroom looking at all the items which was pretty cool! It’s a powerful thing to have your dad running a company and when you step into it you think his and his partners’ way is the only way. Will you fail, are you good enough to step up to the plate? But you can get bogged down in that way of thinking and you’re in danger of risking a lot if you do.

“I took my learning and previous experiences to challenge the things which needed to change – principally the print brochure we produced every year.

“It was six months of someone’s time and it cost tens of thousands of pounds and I remember the conversation with my wife who was in marketing when I said: ‘we’re stopping it’, and the look of horror on her face! Why?! Because we’re cutting costs and no-one can justify to me that we KNOW it’s bringing in work. We presumed it was but without it, would we still get the business … and thankfully we did!

“You need to go in on yourself, deep-dive into business scenarios and trust your instincts – if something was done already it’s got to stay for the right reasons and not just because it’s always been done that way. It was hard and made for some unpleasant times, but it builds you up as a person – it makes or breaks you.”

Around the time of the move, Steel City also underwent a re-brand.

“We had to decide whether to stay regionalised– do people just associate Steel City with Sheffield? We realised, no, we had enough clients around the country so that wasn’t limiting us and we were staying true to our core message and everything we represented.”

And how does a branding company re-brand itself? Pretty swiftly and simply, it turns out.

“People take so long to go through re-branding and rightly so, they need to ensure they’re investing in the right concept but for us it fell into our laps! Getting that exercise done, we loved the ways the ideas came together with the fonts that look like steel bars going through the mills of forges and the energetic orange colour. It ticks every box, absolutely bang on.

“I took on Jennifer Burton as marketing executive and part of the recruitment was the re-brand. She embraced it from the second she was interviewed, living and breathing it and I don’t think we would have been able to shout about ourselves as well without that re-brand.

“We’ve continued to develop our culture and our value proposition, which came towards the end of 2018 where I did the Goldman Sachs programme. The first residential in Manchester, the buzz and conversations – I’d never heard anything like it! Everyone was there for a reason, not just because they’d done a previous course – we all knew we were lucky to be there, you could feel that from the first second. Immediately you’re told if you’re in the room you’re in the top four per cent because you want to grow but also the leadership course leaders think you CAN grow.

“The detail on that course was phenomenal and the only thing that’s stopped people is COVID, although some of the leadership learning can be used to help reimagine the business – we probably wouldn’t have done what we have over the last few months without it.

“We made decisions quickly on furlough and I wouldn’t have focused as quickly on structure. But also it taught patience for things like applications for CIBILS (Coronavirus Business Interruption Loan Scheme) – I avoided jumping through a lot of hoops by sitting back for a little while until the process changed and we got that across the line a lot more easily.

“HR was one of my first goals after the course – to ensure we were investing effectively in robust HR, primarily to grow. But it turns out it’s very important for crises as well and had I not got that in our partnership structure with a local company I would have had a significant headache.

“We ensured we could get people working from home quickly during lockdown. I had not been up for homeworking before because I think we’re better as a team working together in our HQ. I am not against it but it needs investment and can work for a lot of professional services but as a sales company we need to be with each other to bounce ideas off so it was great to see that desire to bring the team back when we could.”
And back into that environment and culture James had cultivated.

“Previous experiences impact your current and future self. We’ve all worked for people whose traits or personalities we’d never want to bring into the company – that are out of date or like an old boys’ network. As an MD you decide there’s no way you’d run your company like that and those sorts of things define you, creating shared values. 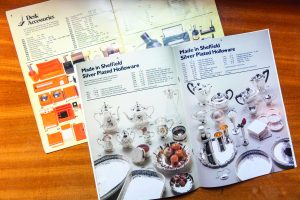 “The Steel City team rightly want to feel they’re getting recognition for their work they’re putting in so we introduced bonuses over the last five years which weren’t in place before.

“People needed to take responsibility off the hands of the main people in the business – that was important back when I took over, it couldn’t any longer be just about two people selling, clients had to be spread out over a wider team to even think about growing, and that was done with financial reward built in for continuing that work. It also freed me up to become solely a managing director, rather than a sales director as well.

“Then it’s as simple as being in this place and having fun. Having the radio on – and arguments about which station to listen to! – it’s weird, if the music is off!

“Plus lots of decent treats. For me to say ‘we’ve done alright this week so let’s all have coffee and cakes or a breakfast box from the local café’. They need us to buy from them as much as we need to have a good week but that’s not shouted about – that makes it fake and less genuine – it’s just done. That’s the humble, honest, hardworking side of where we’re at.

“The expertise and experience in the team is phenomenal and there are opportunities for progression. This is showcased by Lucy Hill ending up moving into an accounts role recently. I didn’t have to recruit someone external – we had the right person already and that’s about our culture and making sure individuals can develop.

“It all creates and enhances the simplicity of what we’ve got here with our values and culture.

Regular readers will be used to James sharing his products of the month – in recent issues he’s covered everything from outdoors and leisure to branded return to work items. Here are his current products that he predicts are not going anywhere in terms of popularity and longevity…

These are the items that have the biggest use and potential. It’s surprised me how few brands are saying ‘get our logo on these right now and we will give every single one of our customers, suppliers and staff one to wear and display our logo everywhere they go!’ I never thought I would see something as big as face coverings in my time or that the entire hand sanitizer stock within our industry got bought up in 24 hours. Now it’s part and parcel of people’s daily lives.

Brands have to consider what people are using every day and customers want convenience so that could mean people wanting their own mug on their desk or to be able to take their coffee on the go because they’re busy with a travel mug. People are aligning themselves with things that are useful so branding something that’s part of people’s daily lives is really important.

These ARE our lives! We conduct so much of personal, professional lives through them and technology has meant we can operate as a 24/7 society. We need to keep these close to us, charged and clean at all times and so they are the perfect item to pop your brand on the back of. 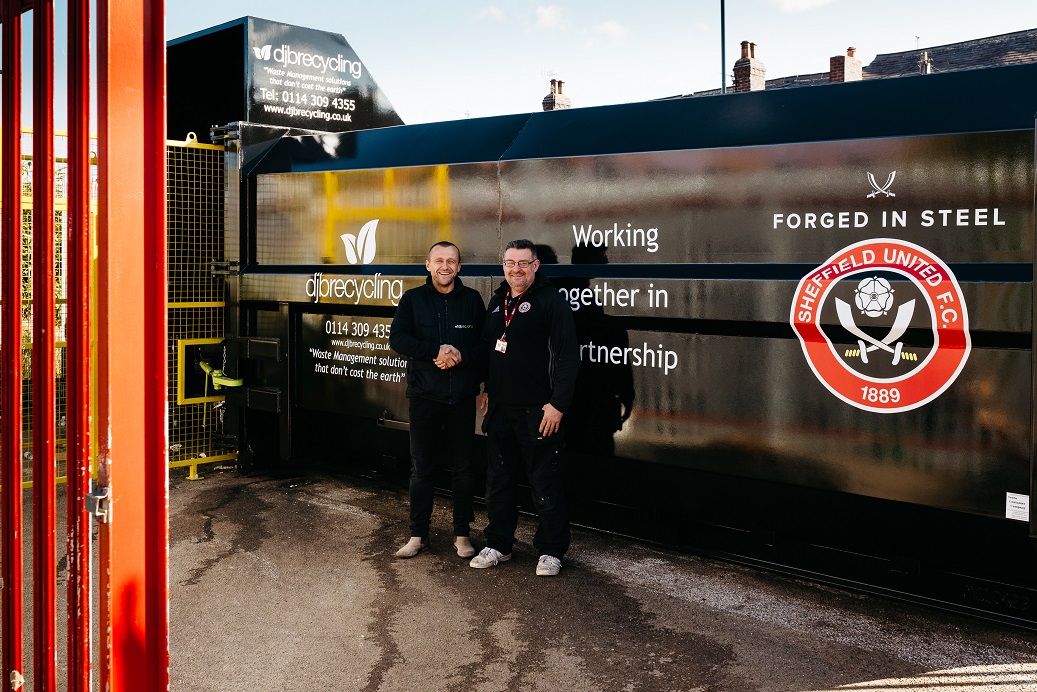 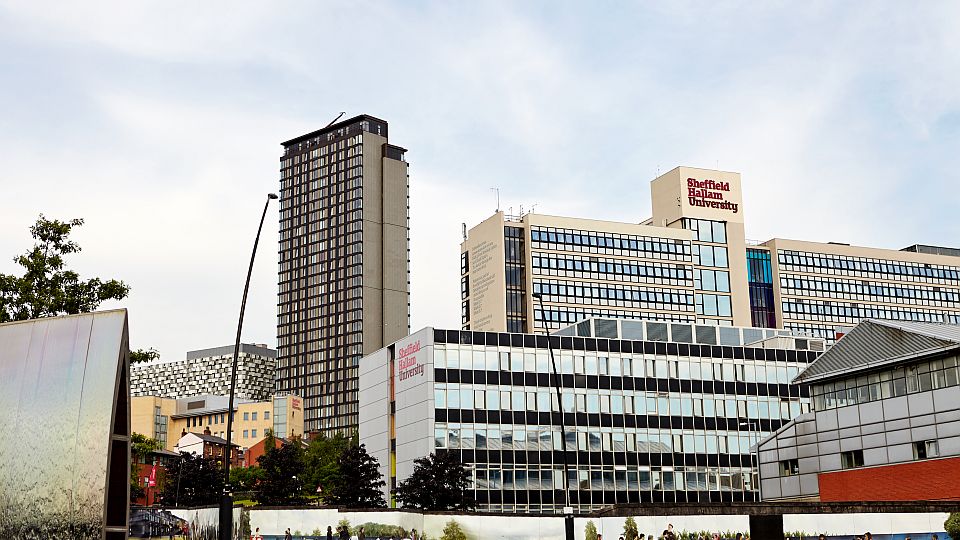