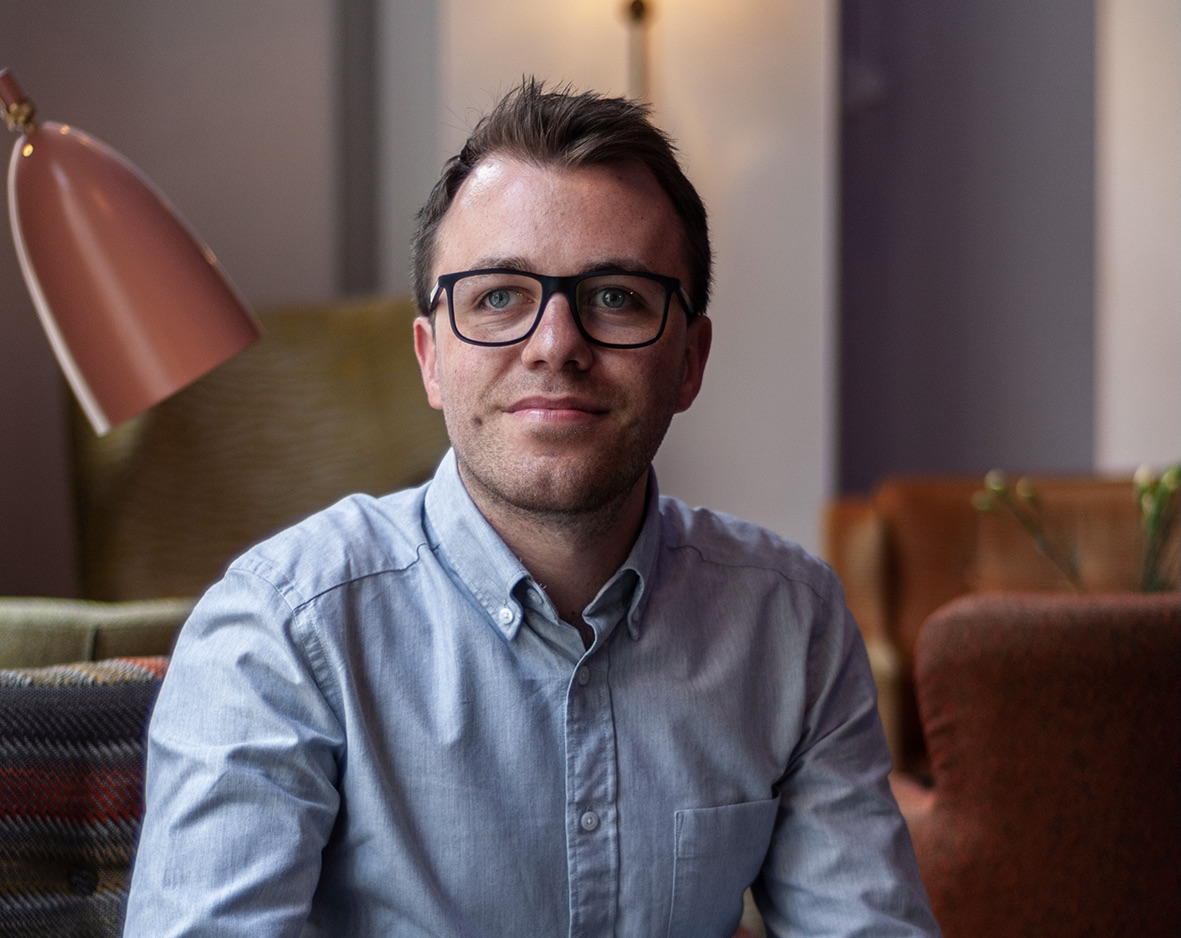 A NEW GENERATION FOR REGENERATION 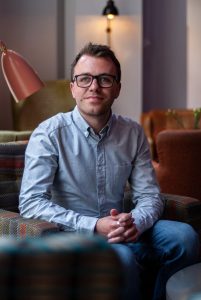 From schoolboy entrepreneur to award-winning business owner, Harvey Morton is the founder and managing director of self-titled Harvey Morton Digital.

Harvey speaks to unLTD’s Rachel Measures all about his early businesses, overcoming challenges and childhood bullying, and how important it is to give back to the younger generation.

When you see the success that award-winning business owner Harvey Morton has already achieved at just 24 years old, it may not surprise you to know he started young.

His business-mind first began working when he was just 13, selling keyrings and greetings cards, before entering a school enterprise competition called the BiG Challenge.

The contest sees teams from schools and colleges across the Sheffield City Region given £25 to start their own business.

But despite his obvious talent and ambitious nature, life at school was not always easy for Harvey.

He said: “I’d been bullied quite a lot throughout school, and teachers were concerned whether I had enough confidence to complete all the Dragon’s Den-style pitches that I had to do as part of the challenge, and I nearly wasn’t allowed to take part.

“However, some of my teachers believed in me, including my form tutor, and I was lucky enough to win prizes at the BiG Challenge Awards in 2012. That inspired me to keep pushing forward with my aspirations.

“I entered again the following year, playing to my strengths, helping individuals and businesses with IT support. Working on my business was an escape for me. As I said, I’d been bullied a lot.

“It started in late primary school – I was born prematurely, so I struggle with hand/eye coordination. Things like P.E. or anything involving fine motor skills were really difficult for me, and when others saw me doing them, they teased me about it.

“This continued through to secondary school when YouTube videos I had made were spread around, and pictures of me were printed and laughed about.

“So, when my dad used to take me around all these different places to help people with their IT, it was a distraction.”

Unfortunately, it wasn’t just at school where Harvey faced challenges – being in business at such a young age presented its own issues.

“When I’d turn up, my clients would be surprised about my age. When I started, it was a big problem,” he added.

“I like to think it was clear from my website that I was school age, but people would question my experience. I’ve overcome that, and now age is, I believe, a massive advantage for me.

“Because I started so young, I already have so many years of experience behind me, and that’s one of the reasons I think the BiG Challenge is so important – to give young people the inspiration they need to be the future business leaders of the city.

“Before the BiG Challenge, I’d present in class, and my legs would be trembling, and I could barely get my words out. I had to pitch my ideas for the challenge, but my form tutor stood by me through the whole process. I practised over and over again until it became not quite second nature, but until I was more comfortable.

“Having to pitch, and even receive awards later on, meant that my confidence grew massively, and that’s the biggest thing that the BiG challenge gave me.”

Since then, Harvey has grown his business. After university, he realised that he didn’t want to go around fixing things anymore, so he shifted his focus to content creation and digital marketing, starting with website design in 2016.

In 2018 he was awarded the National Young Freelancer of the Year prize and used the money to rebrand his company to Harvey Morton Digital.

He said: “Many people say I’m lucky to get all of the opportunities that I’ve had, but what they haven’t seen is that all through school and university, I’d miss out on so much because all my evenings and weekends I’d be working on the business – there’s so much that has gone into it behind the scenes.”

“I’ve had many challenges to overcome too. I’ve struggled to be myself and been frustrated with people questioning my abilities.

“I had careers advisers at school discouraging me from following my ambitions to be self-employed because not many people my age wanted to work for themselves. It was considered risky, and I was pushed into a more academic route.”

As well as strict instructions on how to progress in his career, Harvey was also given advice to change the way he looked and how he dressed – something which he refused to take on board.

“When I set up the business, I was advised that I had to look corporate, otherwise people wouldn’t work with me, but I’ve realised that the reason people want to work with me now is because of me and not because of that other stuff,” he said.

“I decided I’m not corporate at all, and I thought – why am I trying to be something I’m not? Why don’t I stop worrying so much about what other people think?

“Ultimately, if I can’t be myself, how can I expect any young people that I’m speaking to, any business leaders, or anyone reading my articles, to relate to me if I’m not being myself.”

Harvey now uses his own experiences to help others as much as possible.

He visits schools and works with various charities to help people who have been bullied or had a challenging time growing up, as well as working with Youth Employment UK and the Diana Award Charity, who offer help with careers and work experience.

He added: “Young people are our future business leaders, and it’s essential they have the opportunity to do what they want to do and not what they feel like they have to do. Therefore, I believe younger people must be given opportunities to gain work experience early on through activities like the BiG Challenge or work placements.

“It’s vital that young people get that enrichment and work experience that allows them to build up their business skills and figure out what they enjoy and what they want their careers to be.

“There was one work placement I did where I got sent home early because no one in the office had time for me, and I came away really upset because that was my first experience in that sort of environment.

“It might be an inconvenience but taking that time to mentor someone and show them what you do can significantly impact a young person’s early journey to their career.

“I was lucky that while I studied at Sheffield Hallam University, I was given the support to be self-employed and to push forward with my business. Working with the enterprise team gave me so much. I even won the Hallam Enterprise Award during my time there, but it’s this support that I believe children should have access to a lot earlier.

“This is why I do so much work with schools now. It’s an investment in our future business leaders or our future colleagues.”

In March 2022, Harvey was involved with the BiG Challenge from the other side as a judge.

“It was lovely to see the kids get to the end of the challenge and for their parents to realise the world of good, it’s done for their skills and confidence. The young people have been able to learn that nothing is impossible,” he said.

“Even for the teams that didn’t sell much, they can be proud of the product that they have created. Anyone can do an after-school club, but it takes a lot to create a product or set up a business.

“If I could speak to my 13-year-old self now, I’d tell him not to worry about anything and stay in his own lane – focus on himself – and remind him not to compare himself to others. I think that’s the most important advice, but most of all, that everything will be okay in the end.”

Harvey continues to work hard on his business, collaborating with a team of freelancers on content creation. In the future, he would love to be able to hire an apprentice whom he can mentor so that he can help a young person, like he once was, to nurture their skills.

Conscious to always give back and to inspire other young people, Harvey plans to continue visiting schools and Sheffield Hallam University to share his story, but he is now also working on a book all about his experiences and to provide advice to young entrepreneurs.

“There’s a real gap in the market, and when I’ve told my story, such as through work I’ve done with BBC Bitesize, I’ve received feedback from people glad to have modern resources from different people with different backgrounds. It made me think that maybe I should put some advice together myself. So, that’s my goal for the year.

“The pandemic has been so up and down it has made me refocus on different areas of the business, but my personal focus will continue to be just trying to help as many people as possible, so I’m open-minded to whatever the future holds.”

“Harvey is someone who has built his business using determination to become successful. Along that journey, it has been a pleasure to support him through the Enterprise Team at Sheffield Hallam on a one-to-one basis and nominate him for the Hallam Enterprise Awards, for which he won best pitch in 2017.

“Harvey has become a great success story for us, and is now someone who gives back to other students and graduates that we help, doing talks about his entrepreneurial journey at events and running workshops that focus on the areas of expertise his business excels in.

“His business always applies an ethical approach, which gives that added value and trust that customers will appreciate. We are always there to support his business needs and it is great that he has become a friend of mine during his journey to where he is today!”

“What can I say about Harvey?

“I first met Harvey when he participated in the Big Challenge at 14. I met him again when he was a student at Sheffield Hallam University and came through their Enterprise Start-up support programme. As a successful entrepreneur himself, I was present when he financially sponsored The Big Challenge in 2019. I think I cried!

“It’s been an absolute privilege to witness such an outstanding example of just what The Big Challenge is all about.

“I don’t think you help Harvey; you point him in the right direction and vroom, he’s off.

“I have recommended him to businesses where I know he has successfully supported them with social media, I have signposted him to a speaking opportunity where I know he wowed the audience, I have listened to his podcasts, passed them onto others, put him forward for awards, congratulated him (a lot) on his progress and achievements and, he doesn’t know this, used him as a role model in a couple of personal cases where I know individuals have been struggling at school.

“I will continue to do this wherever, whenever I can. Harvey is exceptional.” 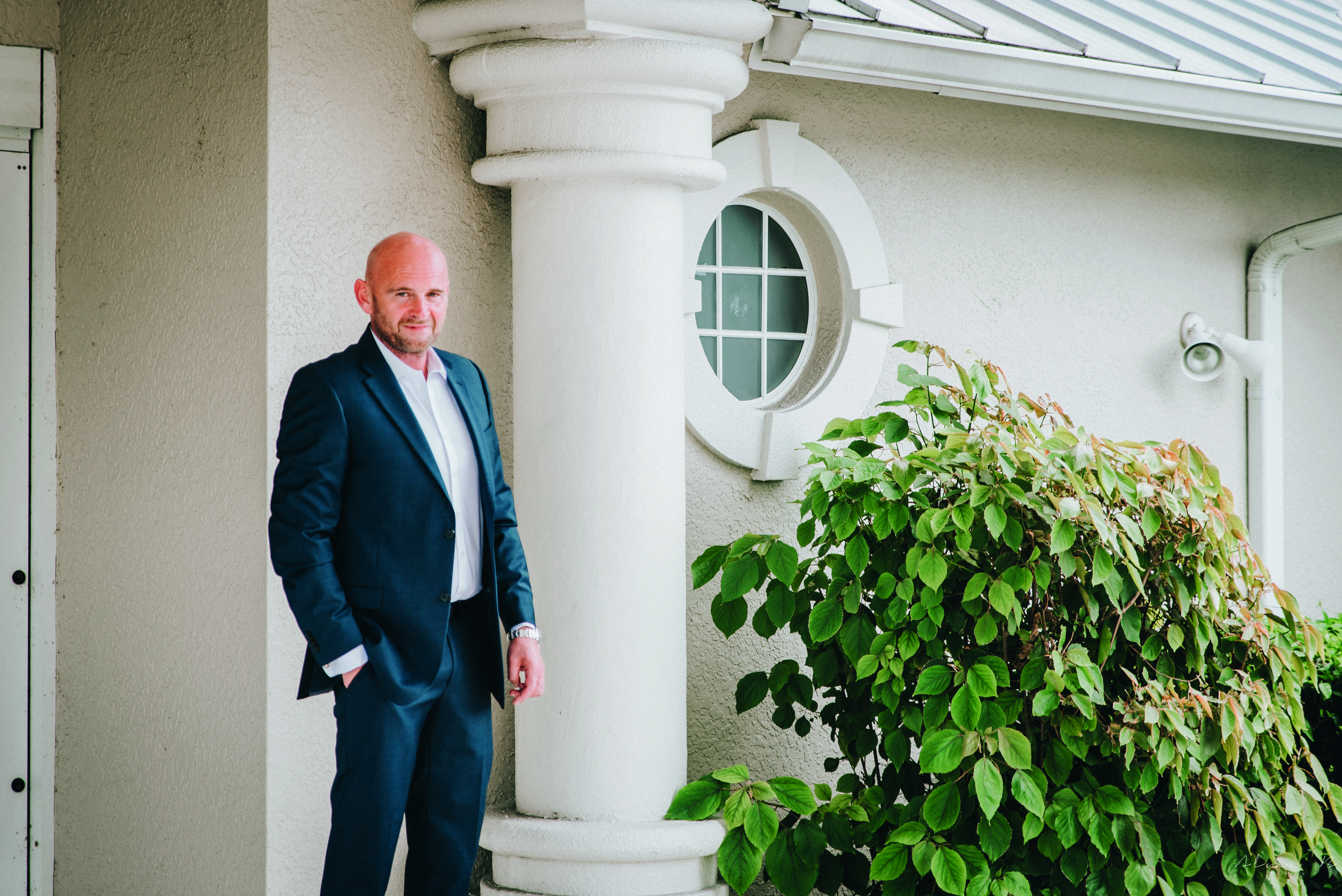