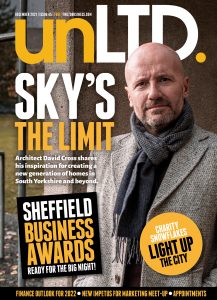 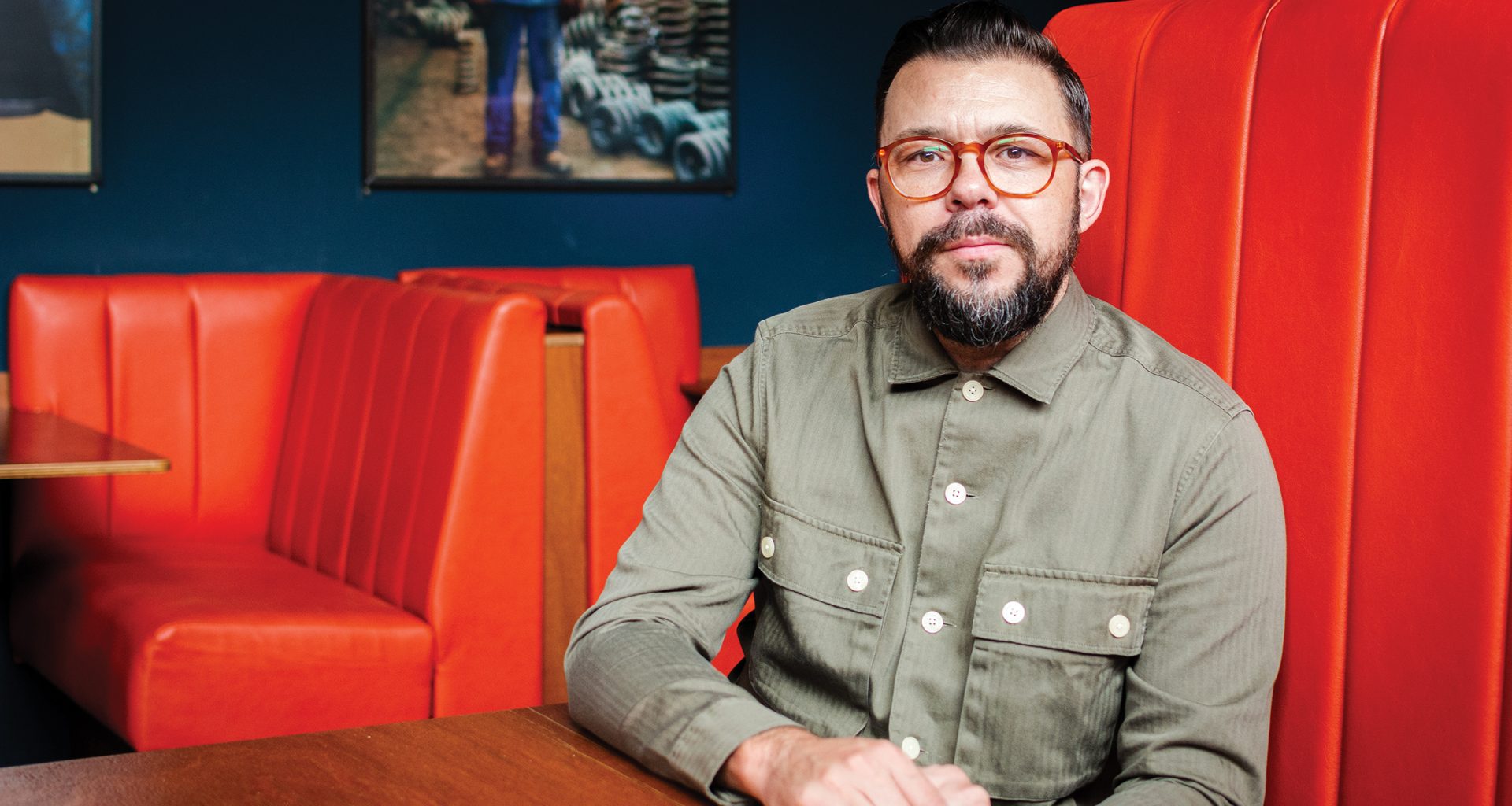 Artist and founder of Reyt Good Illustration Andy Slater tells unLTD’s Jill Theobald about combining the creative and commercial sides of running a business and why art is proving to be a real draw when it comes to Sheffield’s cultural offering.

“Reyt Good Illustration was born from all my loves – illustration, music, sport, travel and, of course, my home and biggest love, Sheffield.”

It’s very fitting to be interviewing Andy Slater of Reyt Good Illustration about the city’s growing reputation as a cultural hotspot in the same week the newly named South Yorkshire Mayoral Combined Authority (SYMCA) announced the arts, culture and heritage sector was set to receive a £1m funding boost.

But it wasn’t always that way. Growing up in Woodseats, Andy Slater says he was only “aware of Joe Scarborough because there used to be a mural by him in the entrance to the old Odeon. And the only street art I remember is the steel worker in Snig Hill and the vultures opposite Millennium Gallery – I always loved seeing them.”

Andy studied art and design then graphic design at Norton College before moving to Manchester to do an HND in graphic design. After moving back home he went to work for Armeg in Dronfield, where his dad worked and still does, for a ‘summer job’. 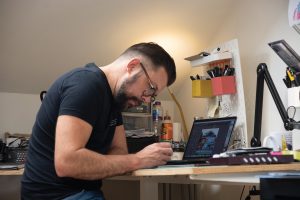 “I was just going to get a job doing bits in the factory and warehouse as I had done previously during holidays while studying – it was an easy role for me to go back to and it was good for them because I understood the business and the working environment.

“Then they employed a marketing manager and I got chatting to him and told him my background and started doing the odd bit of packaging design and labelling. That grew and grew over a few months, and they offered me a position as marketing assistant.

“When the marketing manager left three years later, they offered me the position and before I knew it a summer job had become a change of career and ten years at the company! Apart from a brief spell in freelance graphic design, I’ve been in marketing until three years ago.”

Which was when Andy decided to embrace self-employment and set up Reyt Good Illustration.

“The role I was in, I didn’t like the facts and figures side of marketing,” he explains. “I went into the industry wanting to be creative, but the role was becoming repetitive. I’d just turned 40 and thought ‘if I don’t make the change now I might never do it’ so I quit my job.

“I’d built up to that stage mentally. I’ve always drawn but I was doing a lot more of it in my spare time. I’d always wanted to work for myself, too.

“The last job was in Wakefield so to save some money I moved back to Sheffield and in with my parents and the first few things I worked on were literally done on my mum’s kitchen table and I just focused on getting my work out there.

“After a few months I got a studio at Abbeydale Picture House and things started picking up. I was there for about six months before I grew out of it, space-wise and functionality. It was a lovely artistic and creative space and a good steppingstone. It made it more real to me, having my own space – and no longer being told to move when my mum was serving up tea! It was definitely a mindset thing – ‘I have this space, it’s real, I can focus’.

“Then I moved here (to his studio and shop in Kelham Island arcade) January 2020 – two months before lockdown.”

And how did COVID-19 affect Andy and his new business?

“For me there were so many phases of lockdown – I don’t know whether it was because of the business restrictions, but it felt like there were constant little changes and challenges.

“At some points it affected us negatively, at some points it was a bit more positive. People were at home on social media spending online because they were either still being paid or on furlough.

“But it did have a big impact. The drop in sales with us not being able to do markets – website sales went up a bit, but we lost every other revenue stream, and I was still paying rent as well. But because it was just me, I was able to use the studio after the lockdown restrictions eased and after that ‘end of the world’ feeling had passed, when you felt guilty for even looking out the window!

“The constant changes have been the most difficult, having to adjust, no steady periods and because I’d only just started, I’d not even got into a rhythm. But again, that might have helped because I didn’t have expectations or the pressure of thinking ‘we’re only doing 25-30 per cent of what we’d normally be doing’.

“During lockdown I got a little bit towards the rent to help pay but it didn’t cover it. I’ve never borrowed finance –when I first started, I sometimes would have to wait for the order to come in and then get it printed, as I didn’t have enough to hold stock. It has literally been starting from zero. Any money I’d saved up was going on living costs – I wasn’t paying myself a wage for a long time. I built it up from nothing.”

Today Andy employs one full time member of staff and has a university student on work placement and is banging the drum for the creative industry and its strong role in the local economy, too.

“Creatives tend to fall down a gap in that we’re not really ‘seen’ as a business. I’m fortunate because of my marketing background, I think a lot of other creatives feel almost guilty about the business side of running a company or hide away from it because being creative is viewed as something you do for other people’s pleasure. Which it is but you’ve still got to make a living from it. You’re not perceived and seen quite like other businesses if you’re creative.”

But didn’t going solo just before a pandemic scare him? 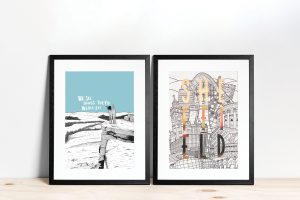 “Sticking with something I was unhappy doing was a scarier prospect. I was aware of the risks, of course, but I think sometimes you can feel like you’ve got nothing to lose. I was single, I’ve not got any dependents – the risk was only to myself. I was also struggling with anxiety at the time, and it was affecting my work.

“It felt like being creative again would help and it really has. Partly because I’m doing something I love but also because being self-employed you’ve got full control. If you’re not having a great day, you don’t have to force yourself – work when you’re productive. I can go some weeks where I work 12-hour days and then switch off and reset for a few days.

“Art doesn’t necessarily fit the traditional working day – switch on at 9am and stop being creative at 5pm! Not having that pressure helps and was one of the main reasons for setting up the business. Those reasons all made sense then and still do now. It’s all about creating that work-life balance which can be difficult in certain other roles. It’s really a lifestyle choice.”

And what are his plans for the future?

“I want to be successful, obviously, and I want to grow but not aggressively – I don’t want to lose sight of why I’m doing this. I’ve got goals which I’d like to achieve but I’m not going to put too much pressure on myself in terms of meeting targets. Being on the cover of (unLTD’s sister mag) Exposed was a big deal – now I’m on the cover of your magazine! All targets I’ve achieved so far.

“But my goals are more about developing my artwork and challenging myself creatively. I’ve got a style, but I want to continue enjoying what I’m doing – not just do things because they’re expected of me.

“Growing up the artists that inspired me included Roy Lichtenstein and M.C. Escher. But music was more of my inspiration back then and it was more of the creative outlet in Sheffield, too, compared with art. That’s changing now – if you asked most people in Sheffield ‘who are your favourite local artists?’ most would be able to name two or three. That wasn’t the case ten to 15 years ago – but if you’d said name five Sheffield bands they probably could have.

“I think art has almost caught up with music now in terms of the city’s cultural offering, if not over-taking it. The art scene is a lot more prominent.”

Who counts as a CIS contractor or sub-contractor? 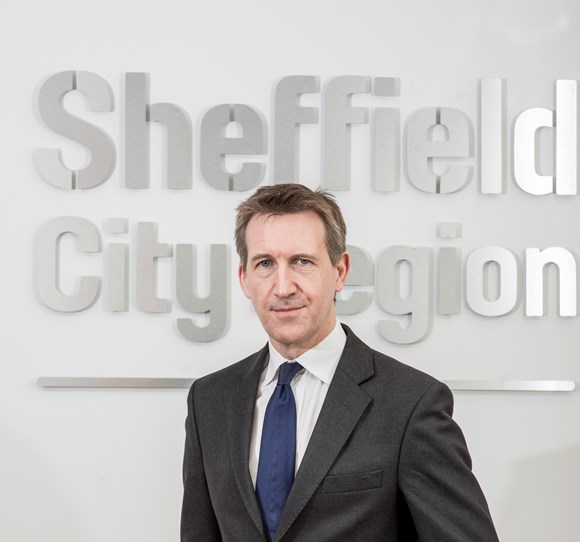 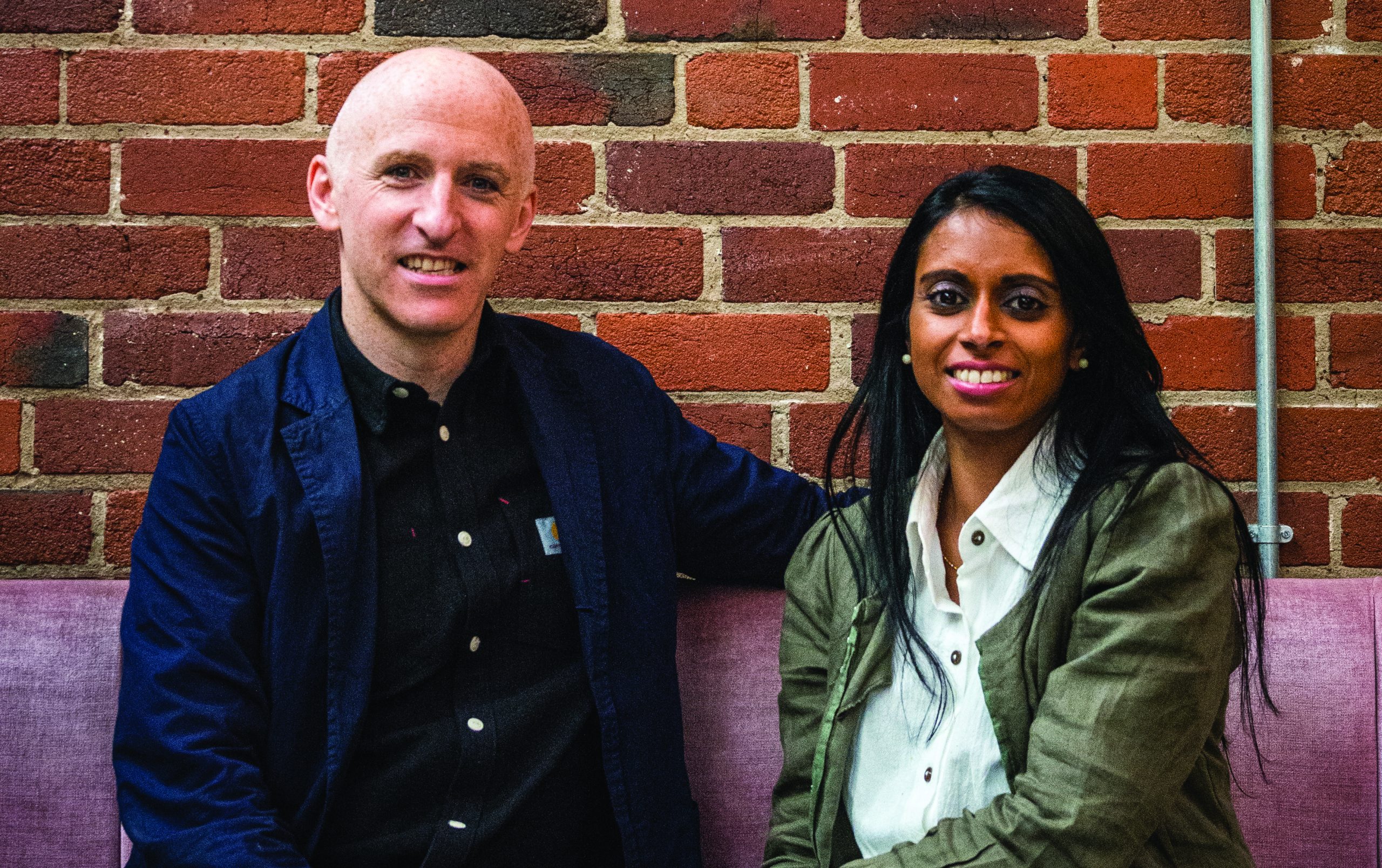 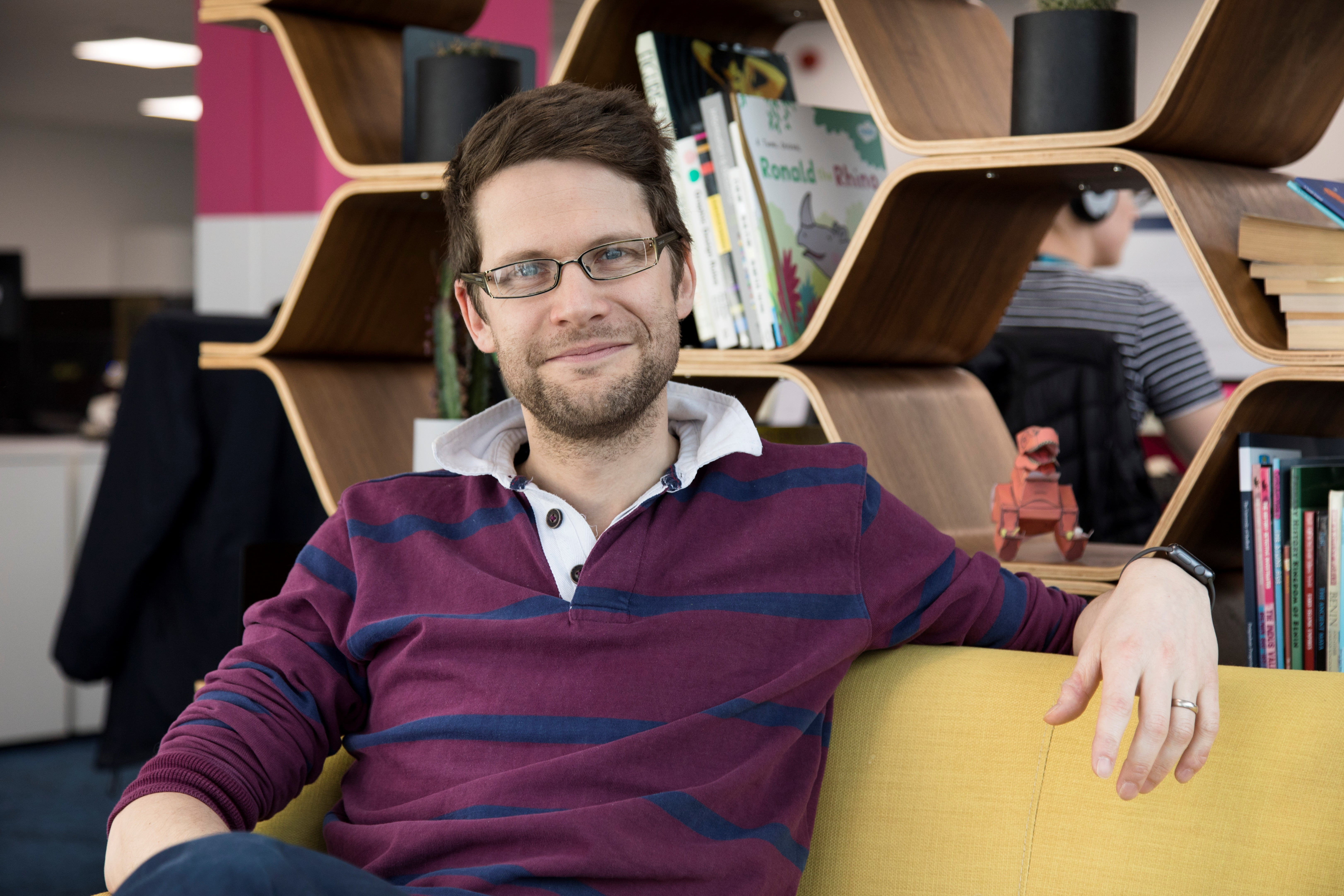 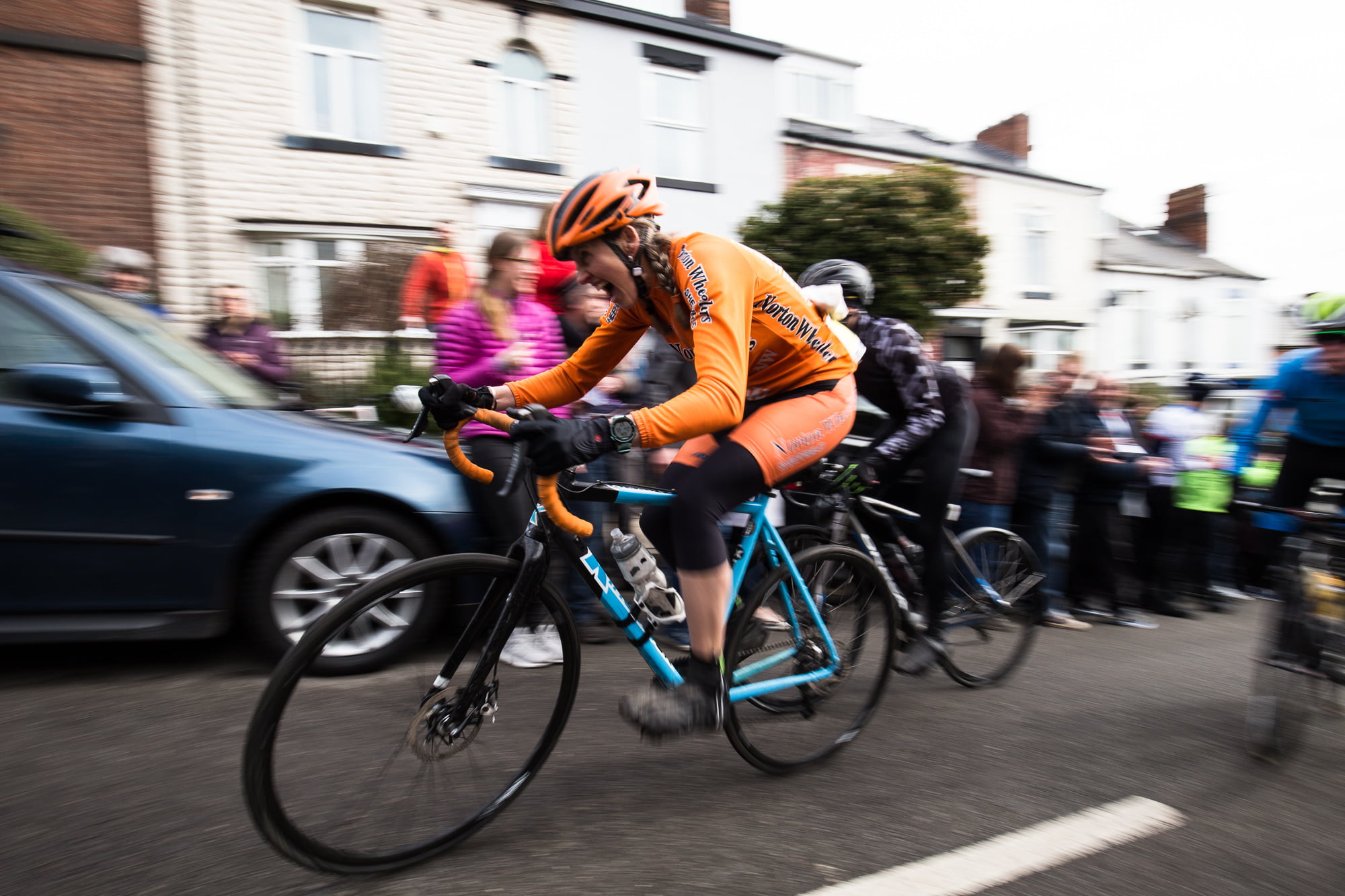 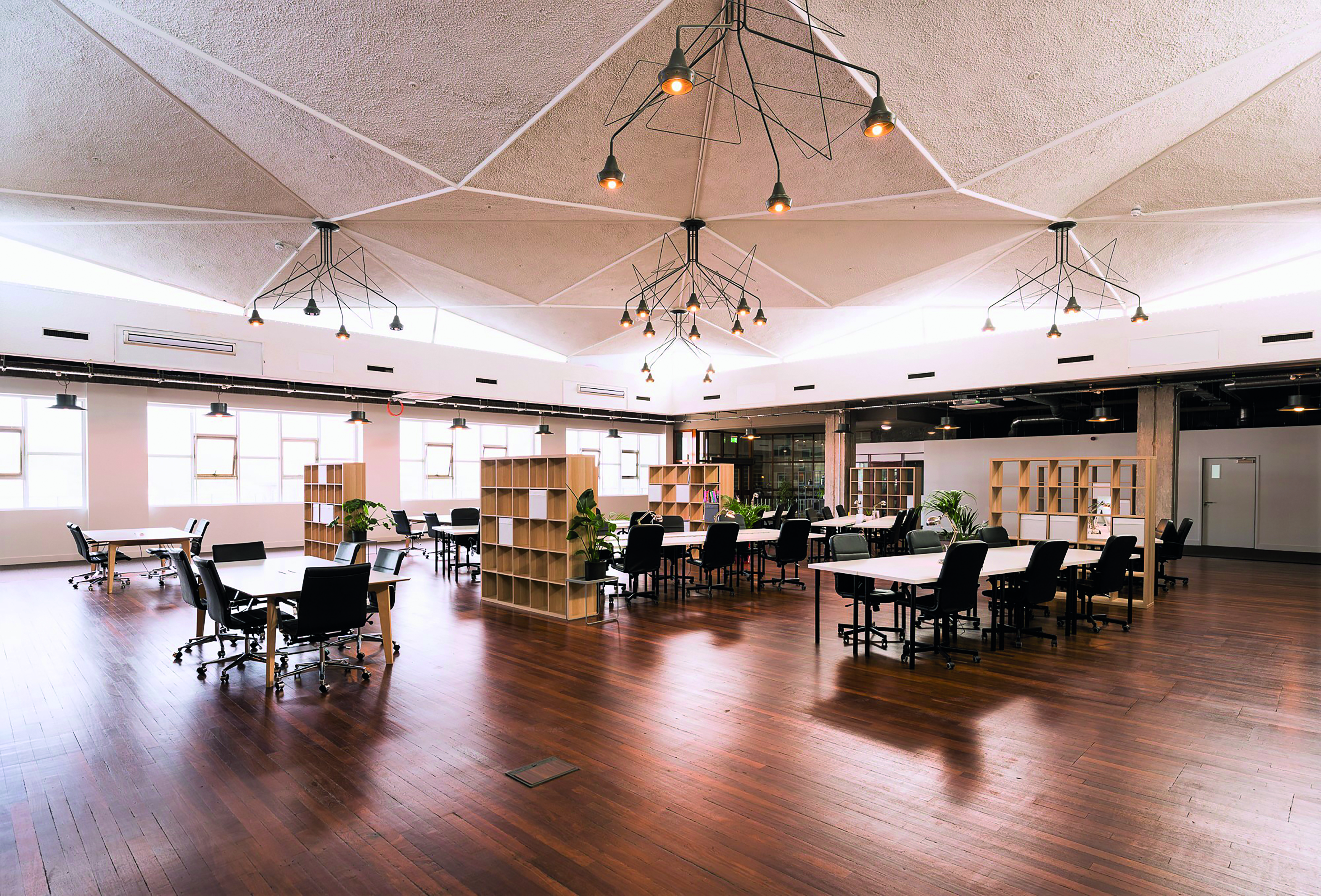 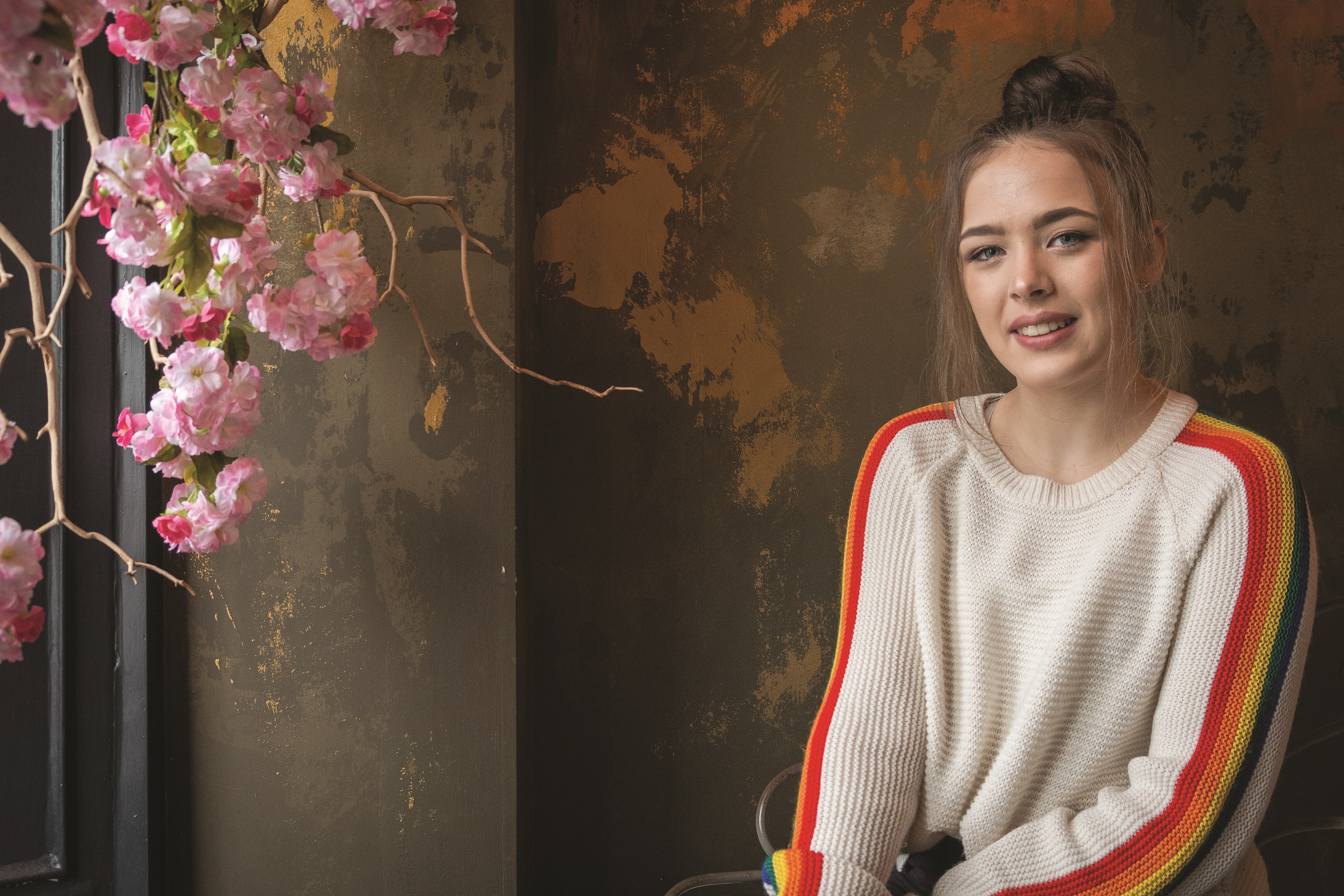