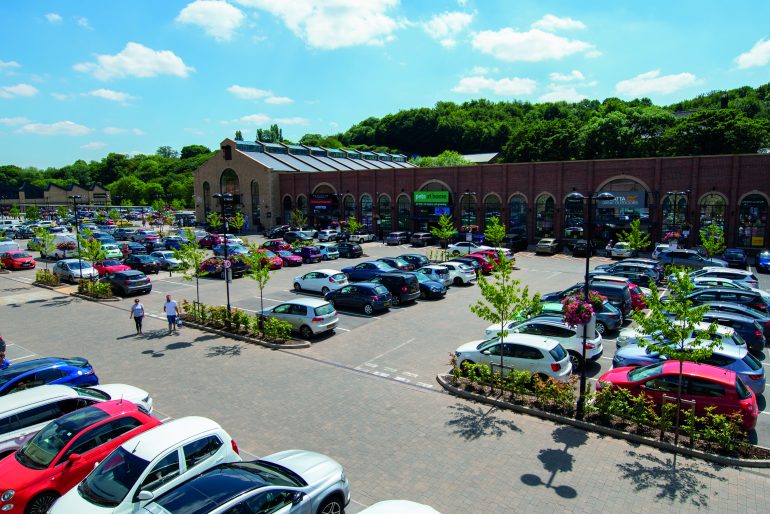 For people of a certain age it is still known as ‘Sammy Fox’s’.

And a stainless steel image of Samuel Fox – whose wire-making business developed the famous Paragon umbrella frame on the site in 1851 – greets visitors to the retail and commercial complex that is now an integral part of Stocksbridge.

A succession of steel firms followed Fox’s. In its heyday, thousands of workers were employed in the valley bottom.

Since its official opening in June 2016, though, there has been a very different type of magnet. Fox Valley is a £50m redevelopment that has produced a new town centre for the north of Sheffield.

The replacement of old steel stockyards with shops, restaurants, cafes and offices represent a huge vote of confidence in Stocksbridge after its industrial decline.

Formed in 1992 by Grimethorpe-born, Hull-raised businessman Mark Dransfield, with a background in the building business, the company specialises in retail-led regeneration schemes, now with a property portfolio of £131m.

The focus is on profitability, of course, but on the back of a reputation for quality, community involvement, attention to detail and customer service. Customer toilets are a priority for Mark Dransfield!

Memories of the old Stocksbridge factories may be starting to fade, but there is no escaping the rich industrial heritage of the site thanks to the award-winning design of the new buildings that comprise Fox Valley.

Certainly, the community appears to recognise and appreciate the revival that has generated more than 700 jobs along with the attempts to forge strong links with its history, surroundings and local residents.

Initiatives such as a Friday food and craft market and a farmers’ market on the first Saturday of the month attract local traders and shoppers, helping to stamp a community identity on the development and adding to the sense of vibrancy.

Visitors come from the town and further afield.  “There is now a reason to go to Stocksbridge again,” says one former steel works employee.

But it’s not just a retail destination.

A shortage of top quality office space in the area was addressed with 60,000 sq ft at the centre, off the main Manchester Road through the valley and with direct access to the A616 Sheffield to Manchester road, the Stocksbridge bypass.

Meanwhile, 118 homes – from one-bedroom apartments to four bedroom houses – have been built on adjoining land next to the River Don by Yorkshire housebuilder Stonebridge Homes.

At the same time, Stockbridge retains its tradition of a steel town, albeit on a reduced scale. For the headquarters of Liberty Speciality Steels stand to one side of Fox Valley.

Almost ten years in the planning, and with the help of a £8.1m grant from the Yorkshire and Humber European Regional Development Fund to help clean up industrial land, the centre was given an “Absolutely Fabulous” official opening by actress Joanna Lumley in June 2016.

Shops and other outlets – more than 30 in total – are grouped around a large car park.

Yet there is also a strong local flavour. A row of shops and cafes at the entrance to Fox Valley is occupied by independents.

In the main body of the centre are the likes of Ponti’s Italian Kitchen and Dransfield Properties own venture, Sandersons boutique department store.

The store was launched and headed by Mark’s wife, Deborah Holmes, a successful businesswoman in her own right and partner in Dransfield Properties, who tragically died of cancer on January 2 at the age of 56.

Fox Valley in general and Sandersons in particular gave her the opportunity to vividly and energetically make her mark in her home town.

The new centre has put Stocksbridge on the map again, helping to restore pride in the area.

Mark, managing director of Dransfield Properties, says: “Our company is focussed on creating attractive and well run places that people enjoy visiting. Attention to detail in everything from the architecture to how our centres are run is a huge part of this.

“At Fox Valley we have been keen to reflect the rich history of the local area and engage with the wider community in everything from the artwork pieces we have installed across the centre to our busy diary of events.

“We put great pride in maintaining the centre with nice seating and areas of public realm as well as beautiful planting schemes which have won awards from Britain in Bloom.

“It is a challenging time on the high street and it’s so important that we continue to focus on excellent customer service, events and creating the theatre of retail that our customers can’t get from an online experience.”

Mark says footfall and visitor numbers have increased “beyond our expectations”.

He adds: “We pride ourselves on being part of the community. Before we opened 92p in the pound was being spent out of the area in other town and district centres and now people are shopping and investing in the community and many more local people have the opportunity to access job opportunities at Fox Valley.

“We are delighted with how the centre has been received in its first two-and-a-half years and are attracting shoppers from much further afield than we first anticipated.”

In May 2017, Fox Valley attracted tens of thousands of visitors – when it staged the climax of the Tour de Yorkshire cycle race in 2017.

Mark Dransfield himself is a keen cyclist and has helped to raise £500,000 for charity through a series of annual 400-mile bike rides across Europe with friends and business acquaintances, the next being from Oslo to Stavanger.

Community involvement runs deep. Among those benefitting from donations from the Dransfield Foundation is Stocksbridge Community Leisure Centre, which was saved from council closure when local people stepped in to run it themselves.

A food and drink festival with live entertainment is held at Fox Valley on the anniversary of the opening of the development.

You can even get married at Fox Valley. It is licensed for wedding ceremonies and civil partnerships at the bandstand in the fountain area and the private dining room at Ponti’s.

While committed to working with the community, Dransfield Properties has extensive property interests across the country to oversee.

On its books are Sanderson Arcade in Morpeth, Northumberland, Marshall’s Yard in Gainsborough and Lime Square in Openshaw, East Manchester.

Developments this year include a £12m revamp of the former Merrywalks Centre in Stroud and, much closer to home, Waverley Square, a £50m development in Waverley, Rotherham, near M1 Junction 33.

The company is also working on its first major London project – a residential and retail development at East Ham in the borough of Newham.

Dransfield Properties employs all the people working on its sites. No work is sub-contracted as emphasis is put on doing the job in-house.

Winning the RICs Pro Yorkshire Award for Regeneration in 2017 points to the company getting it right at Fox Valley with its roots-based approach.

There is no escaping the history of the steel town.

Links have been made with the local history society and there was a huge response when former steel workers were invited to look around Fox Valley before the formal opening.

A mural of men and women of the steel works by Sheffield artist Pete McKee stands at the entrance off Manchester Road proclaiming ‘Proud past, new future’.

The nearby traffic roundabout is home to a 6ft 4in tall one tonne bronze statue of ‘Grandad Fox’ holding a Paragon-framed umbrella – a collaboration between McKee and Sheffield sculptor Anthony Bennett.

Buildings are named after Samuel Fox’s chief engineer, Joseph Hayward, and Harry Brearley, who discovered stainless steel. The roof of the Zorro Lounge café bar takes the shape of an open umbrella.

Images of Samuel Fox and his wife, Maria, ensure customers use the correct toilets – pristine in line with Mark Dransfield’s priority, remember. Photographs of Fox and his umbrella factory workers adorn nearby walls.

And so it goes on – a 21st century enterprise in a treasured old frame.

The names of Samuel Fox, British Steel Corporation, Stocksbridge Engineering Steels, Corus and Tata are all engraved in local history.

It would be nice to think that astute and energetic businessman ‘Sammy Fox’ would approve of the very different type of venture that has followed – eventually – his own pioneering business. 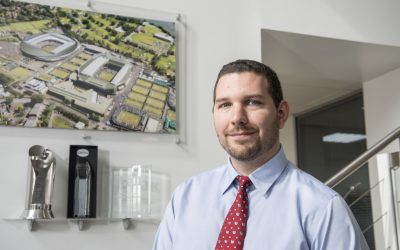 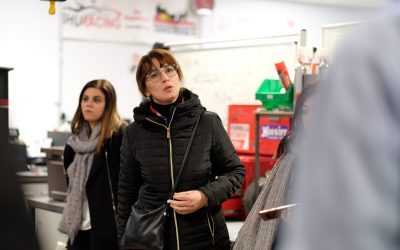 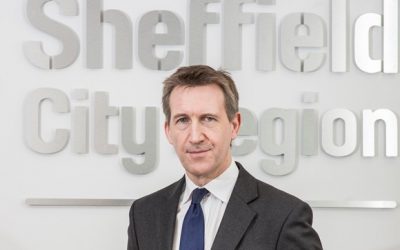