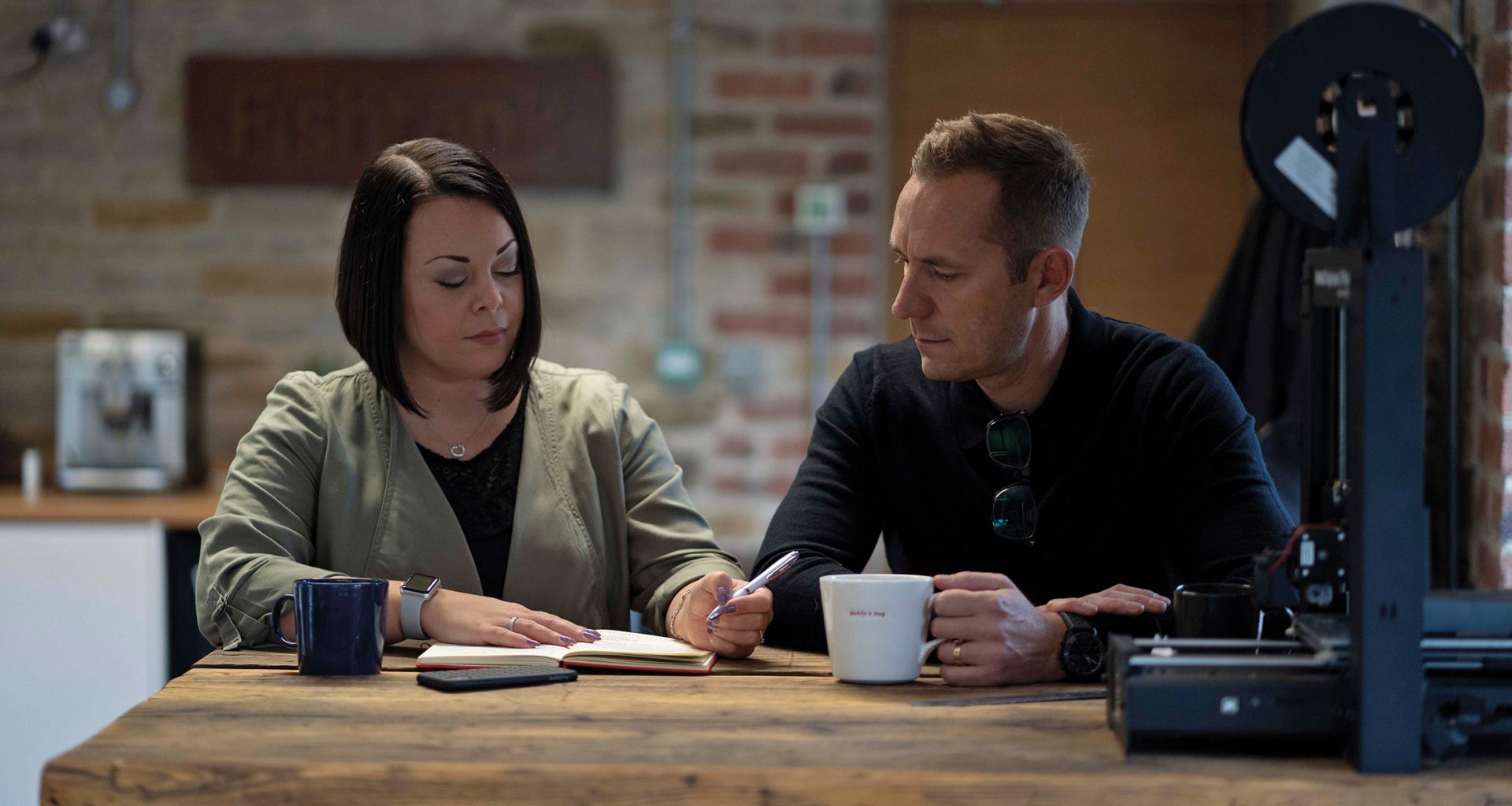 In a world of remote working, it’s fair to say that this quote from Fishtank’s head of client services, Gemma Curry, sums up the importance of a business’s digital identity hook, line and sinker.

BHP first approached Fishtank to completely reinvent their on-line presence to better reflect how the firm had evolved and changed over recent years.

Gemma said: “Over the past eight years, BHP had trebled in size through a combination of organic growth and a number of niche acquisitions.

“The messaging was different; the style was different. The platforms all had a BHP logo on them but there was no synergy between them, and they were quite old. BHP tasked Fishtank with ensuring that the culture, values and capabilities of the firm were consistently communicated across all of their on-line platforms.”

This included reimagining BHP’s main website, as well as two sister-sites for their Corporate Finance and Prosper teams.

“We knew the main site wouldn’t be a cut and paste. The Corporate Finance site was tailored to their team and their service offering. We had to identify the key elements we would take to the main site to create that cohesive feel and bring it together as a BHP family.”

When Fishtank came to meeting the team, they were nothing like how they’d imagined.

“We were pleasantly surprised as you think of accountancy and imagine it’s all very shirt and tie, very strait-laced, but the Corporate Finance team were completely different. They were enthusiastic about what they do, they weren’t hellbent on crunching numbers.”

Showcasing this “humanity” within BHP, as well as the firm’s skills and talent, became a key theme throughout the portfolio as it was important to persuade clients why they were unique compared to other accountants.

“We didn’t want it to look like any other accountancy website, we wanted to showcase the personality of the team because the team are what make the business.”

Just as important, according to Fishtank’s head of digital Ola Tambor, was actually getting around all these different websites without bounce rates bubbling over.

“Part of the success of these sites, and the fact that the BHP following is growing, is that they’re easy to use and visitors can find the reassurance and expertise they need.”

Perhaps what’s most impressive about so many sites is how well they emphasise the individual parts of the business, whilst also bringing them all together with a modern design.

Gemma added: “From the outset they were quite clear about a cohesive look and feel, and adamant we weren’t rebranding or changing the logo. We were worried we might be tied into the brand guidelines, but BHP were very happy to adapt and see things grow.

“They did give us some creative license to push what they had a little bit further. We were able look at the colour palettes and font types they had and tried to make a difference between each platform.

“We pushed it as much as we could to make sure the websites could stand the test of time.”

Fishtank went on to spend 18 months monitoring and reviewing the three websites, which Gemma says was made seamless thanks to BHP being so “invested” in the process:

“Some clients who know they need a new website, and they know they need to have it, but they aren’t that concerned about it. They don’t have the time to get into the detail, whereas with BHP they were highly invested from the beginning.

“Their media and profile manager, Lucy Ellis, was so switched on, so strategic. She was on it, and it was a blessing to work with her – she made it far more seamless than other projects we’ve worked on in the past.”

But this wasn’t the end of Fishtank’s working relationship with BHP.

Gemma said: “A site is never really complete. Things always evolve, especially as the business develops. We work with BHP closely to make sure the sites are working the way they are meant to. If there are pages that aren’t getting much traffic then we’re here to find out why.”

“We forged such a good relationship with BHP that our relationship has progressed and developed and they trust in us. We were able to deliver what we set out to do, but as things change and the business progresses, we need to make sure the site is reflective of that.” 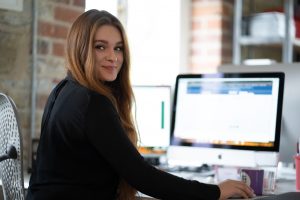 Ola added: “Part of this is about bringing more attention to their content. BHP write a lot of great expert content, but people weren’t always reading it as much as they potentially could be.

“By changing elements we’re able to bring that to the front more, and get more people interested in what they’re posting.”

Recently Fishtank helped to launch an all-new microsite to focus on the accountant’s Consulting services. They also act as an advisor on advertising campaigns, such as Consulting’s free-virtual coffee mornings.

Ola said: “There’s always a lot going on at BHP. They are a firm that are invested in looking after their staff and clients. That shines across in all the events they hold; the networking meetings and training sessions.”

The pair say that the project has become something of a “showcase” for the digital agency, and is something they regularly use when pitching to new clients.

Gemma said: “It shows the breadth of creativity, but also innovation from a technical point of view that lifted the site with the level of micro transitions and gestures that are quite subliminal – you don’t see things popping here there and all over the site.”

“It takes it to that next level which is reflective of BHP and who they are.”

Fishtank also received nominations for the work at the Northern Marketing Awards and W3 Awards.

Ola added: “It’s more than just a relationship, it’s recognition from our peers. It’s very important to us because it’s reassurance we’re doing something right.”

“Working with BHP was like working with a family of businesses. They know a lot of people, and being able to win them over and work with them to show that we can be a great partner has opened up possibilities within their network for us to provide solutions.

“BHP really are experts in their respective fields, but they also share that knowledge with others around them. I think there is a lot of value in networking in our region and supporting businesses around us.”

Find out more about what Fishtank have to offer online: fishtankagency.com

“When we set out to update our digital platforms, we thought we had an incredibly difficult task on our hands – especially with multiple websites to wrap our heads around. We can’t thank Fishtank enough for stepping up to the challenge and putting us at ease.

“Gemma, Ola and the rest of Fishtank’s talented team spent an exceptional amount of time getting to learn anything and everything about us. The websites they designed are cohesive, easy to use and showcase what make BHP unique.”

Take a look at BHP’s redesigned site yourself here: bhp.co.uk

Business leadership is changing in Sheffield 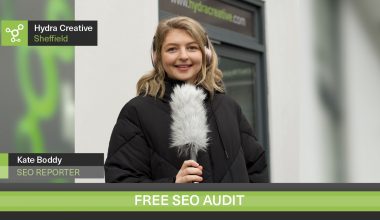 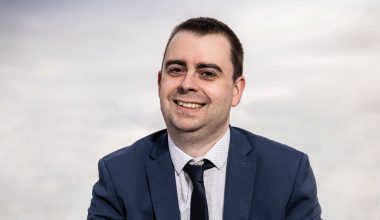 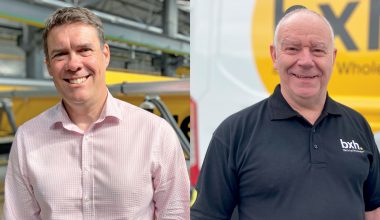 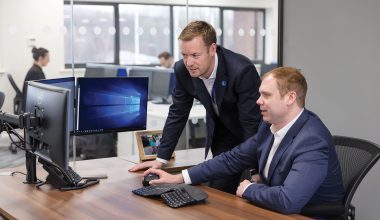 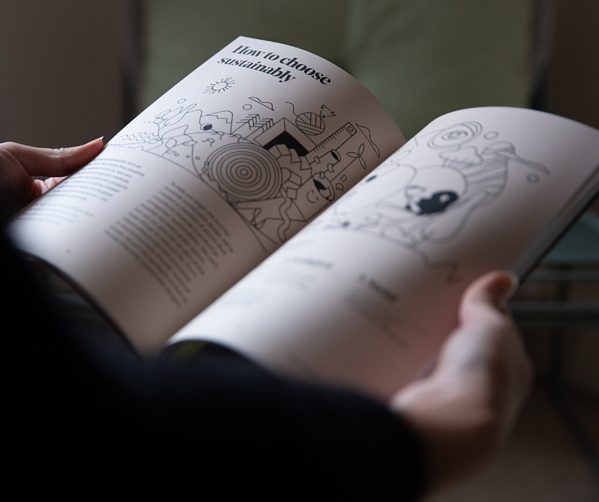